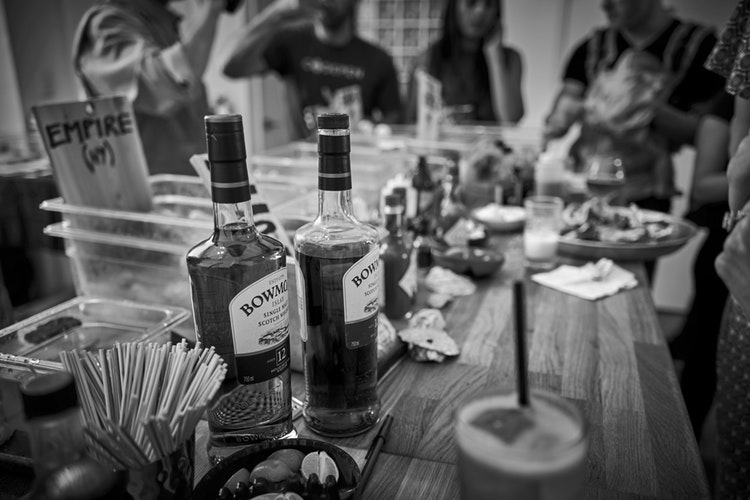 They tried to make me go to Rehab...

I never planned to be an alcoholic. It was never a goal of mine, “something to aspire to” or “one off the bucket list", and with my family background you would think that I’d have known better than to chance it, but the truth was that I didn’t know better, I needed the oblivion at the time and so it kind of just sneaked up on me. Within the space of around about two years, I’d gone from a fairly heavy drinker to an end-stage, totally addicted, alcoholic  mess.

I ended up in hospital to “dry out" which rid my body of the alcohol that was slowly killing me, but not the demons and insecurities that plagued my head. I had no real support system in place, I had an abusive, alcoholic boyfriend who wanted me sick because then he could control me, and so,  within a week I was back on the booze and the descent into hell began all over again.

Three months later weighing a tiny six stone, I was rushed into detox, and this time, finally away from him and the subsequent carnage and chaos that was surrounding me, I knew that I had a fighting chance of getting well.

For the first time in years I could breathe.

My days consisted of check-ins, group meetings, various classes and activities and three calorie laden meals a day to help me recover from  malnutrition. I had structure and order and crucially no madness to deal with for the first time in years.  I had a room of my own with my own bed and a bath, and for the first time in ages I actually felt safe.

I spent 6 weeks in detox, followed immediately by 3 months in rehab. I worked my arse off every single day to get better, and when I left I promised myself that I would never pick up a drink again.

3 and a half years down the line I’ve managed to keep that promise.

I started an on-line  blog as therapy for myself whilst living in a homeless hostel, as a way to keep myself focussed and sober…and pouring my heart out on paper has helped me make sense of myself and my new sober life.

Instead of picking up a drink to obliterate myself, these days I write my way out of trouble. I blog and I podcast and I fill my time with healthier things and surround myself with healthier people. I limit negativity and my time on social media. I try to eat well and look after myself as best I can…and I share my story in the hope that it will inspire, educate and maybe give hope to others who find themselves staring into the abyss.

Three years ago I weighed 6stone 4 and looked like a tramp.

My hair was falling out and my periods had stopped. My body was shutting itself down in a desperate attempt to keep me alive. My clothes were size 0.

Today I’m 9 stone ish and a  healthy size ten. My hair is thick and bouncy and my body functions normally again. To look at me today you would never guess the trials I had to overcome to get myself back to some kind of normality…I’m proud of the fact that you would never guess.

Read my story here justagirl.emyspot.com or watch a tiny film about that time @IsDepression_