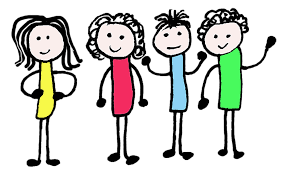 Imagine watching a car with no brakes about to hit a brick wall. At 100 mph.

Now imagine that behind the wheel is your best friend. No seatbelt, and seemingly oblivious to the danger in front of her and literally a split second away from self- destruction unless you can do something.....like stop the car.

And so all you can do is wait for the inevitable. And hope that she gets out alive....

I was driving that car. And I wanted it to crash. Because it had to. I needed all of the craziness to stop. And so I put my foot down. And kind of closed my eyes....

I don't actually have a car. Well I used to, but I never actually drove it.  I haven't actually ever taken my driving test. The car is a metaphor, but the speed at which I was hurtling towards that brick wall, along with the finger pressed firmly on the self-destruct button bit was me. It was definitely all me.

Because my depression had slowly morphed into addiction and I didn't know where the first one stopped and the second one started in order to try and get a handle on it all. I just had this massive great "thing" in my head that was suddenly calling all of the shots, and I was too ill and too traumatised to try and argue with it when it eventually gave me a one-way ticket to hell.

And my friends saw it all. And it was horrific for them. Seeing this bubbly, intelligent hilarious girl turning to rubble right in front of their eyes.....and knowing that there was absolutely nothing they could do about it.

Because I was in the grip of this "thing". This horrific, all consuming "thing" that wanted me dead and wasn't letting go of me anytime soon. Despite their best efforts. And it wasn't heroin or crystal meth or any of those things that had got their claws into me. It was a really bad version of my head overtaking me.....along with vast quantities of alcohol and the occasional dose of prescription medicine to mix things up a bit.

And my friends made phone calls. To my family, to professionals, to each other. Trying to come up with a way to save me from myself. They called the police when I was missing, patched me up when I was hurt and put a roof over my head when there was nowhere left for me to go. They did everything humanly possible to help me.

And I knew this. Even in my worst drunken head states, I knew that these guys were rooting for me. Because my friends aren't the type to revel in someone elses misery. If I hurt, they hurt. And vice versa.

They didn't ever think that it would be cool just to rubberneck. To gossip about me or plaster my misery across the internet like so many people seem to do these days. Instead, my friends closed ranks and built a huge wall around me -  ensuring that no-one, bar my teeny inner-circle got through security.

My friends were the Three musketeers. My three amigos. And at any one time, behind the scenes, at least one of these three was rota'd on to watch over me. Keeping me safe. Because they loved me and they wanted me back.

Between the three of them they managed to achieve the impossible. They kept me afloat just long enough for the professionals to step in and cart me off to detox. Knowing that in all honesty that this was my only chance.

And they phoned and they wrote to me, sent me ridiculous messages and postcards to cheer me up. They bought me presents and toiletries. Made sure I took my vitamins.... And they never once, not for one second, thought that I couldn't do this. Get myself well again.

And they were right. I did it. But I owe my life to them. These three incredible friends of mine. Because without them I know with absolute certainty that I would be dead.

I can't tell you who they are here. They wouldn't want me to....and you wouldn't know them anyway.  But I know, and they know so that will have to do.

So here's to them. My kick-ass trio. For picking me up and putting me back together again, when the rest of my so called friends couldn't give two shits.

Eagle eyed readers will no doubt see that there are four people in this picture.  Three are my amigos. The fourth one is me. Because I'm back. With my friends. Where I belong....

health anxiety not the slide mental health me myself and i