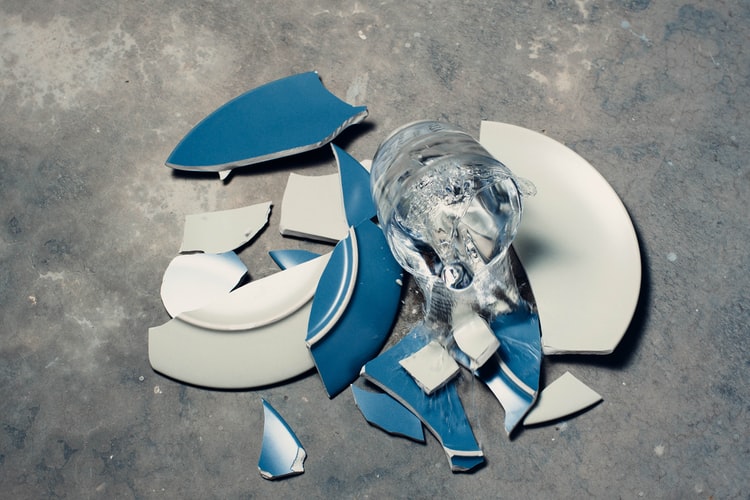 The first time he called me a C**t, we were on holiday. I’d caught my foot on a tree stump as we walked back to our beach hut one night in the dark.

It hurt like hell. He told me to “shut up whining and stop being annoying”.

We'd been together for 4 months.

The second time he called me a C**t, we were in bed. I wasn’t really in the mood for sex, but instead of understanding, he lost his temper with me. He called me a bitch, a tramp and a prostitute and made me spend the night in the spare room.

The third time he called me a C**t we were watching TV. I wasn’t feeling well. He lost his temper and called me a bitch.  For “being a moody cow and becoming hard work"

The fourth time, I’d cooked him Crab. It's his favourite. Except, well, on  that particular night it wasn’t and so  he picked up the plate and launched it across the room where it smashed against the wall, and ended up in pieces in the sink and on the floor.

The fifth time he called me a “c**t" he'd had a row with his daughter and was turning that anger on me, meaning a quick grab of some things while he was out, and a trek into town to find an emergency hotel room in the middle of the night.

The sixth time it happened I'd been for reflexology. I’d been feeling tatty and tired and needed a pick me up...only it took longer than I thought, and when I got back he accused me of  cheating, took the house keys off me and made me leave, less than a week after I’d given him my half of the rent.

I moved into a rented room for somewhere stable to stay, except that that  made things worse...because now I wasn't by his side all the time and his jealous streak came out.

I’d message to tell him that I was in bed, but he would drive into town anyway, past the bar where we met, in case I was lying and was out with my friends...hoping to catch me, oh I don't  know, maybe enjoying myself and having fun and stuff...like I used to back in the days before I was stupid enough to fall in love with him.

But it's ok finally because I get it now...you see the penny may be slow but finally it dropped...and I see it for what it is, instead of what I really wanted it to be...and it's all a bit shit if I'm honest.

Because this "boyfriend" of mine never wanted a girlfriend...What he actually wants is  a puppet..,One who just lives to have her strings pulled, so that she can dance just the way he likes it, before getting quietly back in her box like a good girl and leaving him in peace.

They make me cringe. So "Punch and Judy" was never going to be my idea of fun.

It didn't end well for her if I remember rightly...She got all bashed up and stuff.

So the next chance that I get I'm leaving him...

I doubt that I'll be missed; I'm waaay too opinionated (apparantly) - but if he does happen to crave some company,  well, then the toy shop should be open...puppets are ten a penny in there I believe.

He can buy himself a couple.