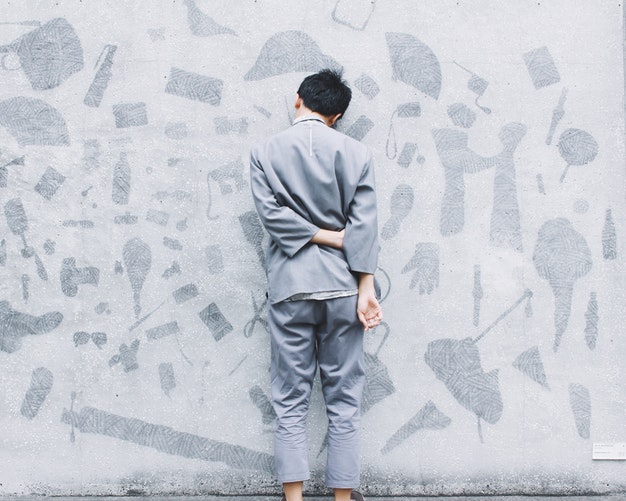 If you, or any one you know has ever had a relationship with an addict, you will know that being around one is bloody hard work. It's the emotional equivalent of letting a hungry, muddy rottweiler loose in a show-home.

Even when you are prepared for the tantrums, the lies, the plea-bargains and the often empty promises, it's a mammoth task and one that shouldn't be underestimated...because getting emotionally involved on any level means that like it or not, you will become an "Enabler", and according to pretty much every professional ever, thats "naughty"...so don't do it.

An "Enabler" basically does what it says on the tin...they enable an addict to function without having to acknowledge or accept the consequences of their actions. Because, by cooking, cleaning, buying food, toiletries, clothes or whatever, you are basically allowing the person you care about to continue blithely on feeding their habit while you run around after them, cleaning up carnage and getting the shit end of the stick.

I used to be a support worker. I know all of this. I know that certain things are "frowned upon" and why. I "enable" my boyfriend anyway. Because I love him and I know that at present he struggles to do these things for himself.

I'm not prepared to let him lie around under a filthy duvet because I'm not supposed to do the laundry. Or watch him go hungry because he's too sick or weak to make himself a sandwich. I don't want the flat where he lives and where I spend my spare time to be a shit-tip. So I make sure that when I am around that these things get done. Am I enabling him? Yes. Am I happy about that? Not really...no. But I know that at present and for as long as I stay with him, then I'm just going to roll with that.

I get angry with him. Frustrated. Upset...because I want him to be well and he isn't. I wish that things were different. Because he was sober when I met him the second time around. He seemed to be doing ok. But then he went to the shop and bought vodka and now he is anything but.

That was two months ago.

I went to see him on Tuesday. He said that he was low. What he actually was, was drunk. He had been for days. Since I walked out on him the previous Thursday in fact. He denied it of course -even though he could barely stand. I didn't bat an eyelid. It's becoming the norm.

The place was a pig sty. Thats becoming the norm too. Broken glass on the floor, food everywhere. Sandwhich crusts mainly. He can't make much else.

I cooked us a roast. "Enabled" him again. He didn't want to eat it in front of me, which in alcohol speak translates into "I can't pick up my knife and fork". I left him to it and went and sat in the kitchen where I ate mine.

His went cold, so it went in the bin... Minus the gravy. That was all over the duvet... which bought a whole new meaning to the term "damp patch" when we had to sleep under it later.

I couldn't be arsed to tell him about it. He wouldn't care anyway. I'll wash it in the morning, with everything else that I picked up off the floor earlier.

Because that's what us "Enablers" do.

I'm not actually doing this anymore. You see, when I scraped his plate into the bin earlier, I thought I saw our relationship in there, right there at the bottom. Hidden under the scraps... Which deep down I know is all that he's offering me...and that's on a good day. On nights like tonight, you don't want to know.

I'm worth more than scraps. Plus I've decided that actually, I don't like cleaning up sick.

So I'm leaving him.

In fact I left him on Wednesday. I packed all my things and I caught the train back. I just don't think that he's noticed yet.

Which is, in itself "enabling".

It enables me for a change.

To realise that this guy doesn't need me to help him...he needs to go to rehab.