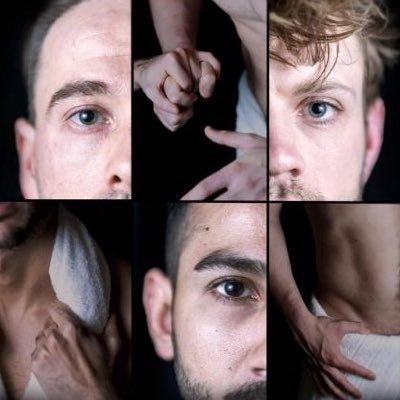 Beautiful. Thought-provoking. Absolutely mesmerising… You know how sometimes we choose not to see things? A couple making a scene in a restaurant say, or some guy in the street maybe, asking for change; only we turn a blind eye because it makes us uncomfortable. We become engrossed in our phones, look down at the pavement, maybe even cross the street for good measure, quietly humming away to ourselves “la,la,la - sorry can’t see you…” as we quickly bolt and make our escape. Well you can’t do that here… because Vicky Moran’s incredible play “No Sweat” shines a spotlight so brightly on the subject matter that there is literally nowhere to hide from the truth. Which is that there is a LGBTQ+homelessness crisis…and it’s getting worse. No Sweat tells the stories of three, young, gay, homeless men, “Tristan”” Alf “and “Charlie”, who randomly cross paths whilst seeking solace in a sauna. It explores and exposes the underlying bigotry, bullying and relationship breakdowns that they face, whilst highlighting a series of hopeless faults and flaws in our called “support” system that not only throws them together, but also, without exception, manages to throw them under the bus. Denholm Spurr shines as “Tristan”, a relative newcomer to the dark streets of London. Lost, lonely, and completely out of his depth, he sleeps with strangers he meets at the spar or on Grindr for free in order to put a roof over his head. James Haymer is incredible as “ Alf”, a street-wise but self-destructive wrecking-ball, fuelled by suspicion, pent-up emotion, and liberal helpings of GHB as he spends his days and nights getting paid by the hour… but it is “Charlie” ( played by Manish Gandhi) who is, without a shadow of a doubt, the absolute shining star of the show. Forced to flee his native Pakistan because he is gay, his heart-breaking story of beatings and brutality, coupled with his fathers twisted attempts to make him “Un-gay”, made me want to cry. Broken-hearted and destitute, he hides himself away in the sauna whilst attempting to seek asylum here, only to be told through a series of increasingly ridiculous interrogations by the Home Office that actually he is “not gay enough” to be allowed to stay. Produced by Reece McMahon, No Sweat is an absolute triumph, managing to be both harrowing and enthralling at the same time. No easy task, when you consider the subject matter. The tiny, yet incredibly intimate venue, means that the audience is seated mere feet away from the cast, and this, coupled with Alex Berry’s ingenuitive portable set design, and genius finishing touches such as the scented “steam” from the sauna that gently wafts through the audience at times, is what helps give the play its eerie, immersive feel. But the thing that really sets this play apart, the thing that sits at the heart of it all, is the fact that all of the stories featured in this play are true. Transcribed by Moran from real interviews, given by real people hoping to expose the plight facing a forgotten generation of homeless gay youth. And they have done this in spades. So, go see this play…and then when you have seen it, go tell all your friends. So that they can tell theirs and then hopefully this play can get the recognition it deserves. Because it’s absolutely beautiful. 4 Stars.

Sent from Mail for Windows 10