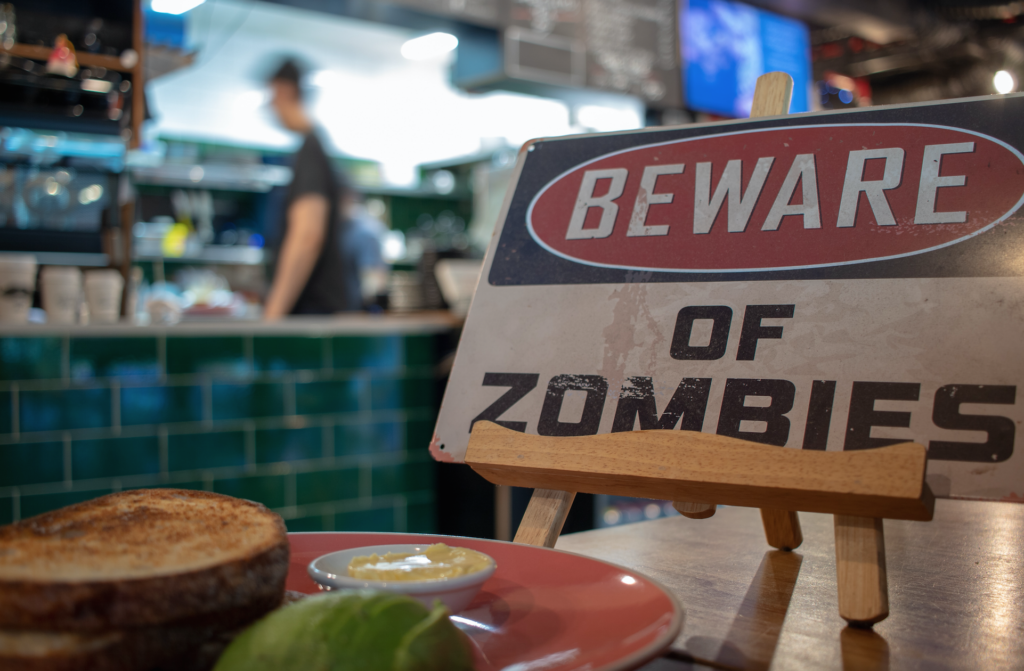 We are in the midst of a pandemic.

A lung-fucking virus is sweeping its way half-way across the world and people are starting to panic.

"Don't leave the house. Avoid public transport, stay away from your friends, don't go to work", scream the newspaper headlines, as  shops are being looted and normally civilised people start fighting  in the aisles over a 4 pack of bog-roll.

It's all a little bit terrifying.

Some-one posts a message in our work chat whatsapp group - they've seen the news this evening about people needing to stay indoors and want to know if we still have to work in the morning?

My boss, in reply, tells most of the staff not to turn up tomorrow...I, on the other hand have been told that I must. I'm not sure if this is a good thing or a really fucking bad one.

On the one hand I really need the money. News reports are getting more fucked-up by the hour, and if this country is going to go into lock-down soon then I'm going to  need enough put by to try and stay afloat for a while.  On the other hand, every day that I am in work, my chances of coming into contact with the virus increases. I don't automatically become "immune" to catching it just because my boss likes the sound of her till ringing and thinks that I am expendable.

London's West End closes. We are urged to stay away from pub's, clubs and restaurants. To "avoid any un-necessary social contact" Anyone over 70 is  told to self-isolate. For 4 months.

My mum has dementia; She never leaves the house. Except for on Tuesdays when she gets picked up by mini-bus and she gets to go to "Lunch Club" for a couple of hours where she pays £16 for a plate of sausage and mash and a piece of black-forest gateux.

She doesn't have any friends and she is isolated enough as it is. How do we now explain to her that she's not allowed to go there anymore?...at least not for the foreseeable future. She won't understand. I hate to think of her getting ready, waiting like an expectant child by the kitchen window for a mini-bus that as of tomorrow probably won't be allowed won't show up to get her.

I finish work early having served less than 10 customers...then am told that the cafe I work in is closing.

I'm tired, hungry and just a little bit fed up with it all already, so I prepare dinner for myself and my on/off boyfriend and go and meet him in the pub on the corner for a drink.

Where I am told that, as of Friday he is out of work too. So now neither of us will have any income to speak of. We come up with a half-hearted plan to tide us over financially for the next few weeks...only it is St Patricks day and the bar-flys in the corner are getting on the guiness. They ask my boyfriend to sing a few songs...a guitar appears and suddenly everyone is having a whale of a time.

The drinks keep flowing and soon it is apparant that our cunning plan to get us through the next month has gone out of the window...along with a fair chunk of my boyfriends wages...but hey, it's St Patricks day and so we'll worry about that in the morning...he doesn't seem to get that I'm worried about it now. Because my boyfriend has a drink problem and all that he cares about is that the guiness keeps flowing and not the fact that actually as of today we are broke.

It's 9.30pm  and dinner is still a million miles away. I can see it in his eyes that we won't be eating any time soon. He orders more drinks. I tell him that I'm tired and that I'm going to go to bed.

He starts an argument...I can't be bothered to listen...and I definitely can't be bothered to be the fall guy again later when he finally does decide it's time to go home and realises that all the direct debits he was planning  on cancelling earlier have now gone out and now there is no money.

I leave him drinking with his "mates" go back to the house to get some things and get a taxi out of town. I take Bears ashes with me...it's the first time that I've done that for a while, but it's been a shitty day and I really need the company.

Then I buckle up my seatbelt and prepare to get the fuck out of dodge.

The taxi driver asks me if I think this is the apocalypse.  I haven't got it in me to say I've been having one for years...